About 11,000 cases of melanoma, one of the fastest and most dangerous forms of cancer, are registered annually in Russia.

A timely diagnosis of melanoma can successfully treat 90% of cases. However, every fifth patient goes to a doctor at the terminal stage as people do not see the problem themselves in a timely manner or are too embarrassed to make an appointment.

We have developed a seasonal strategy to make self-examination habitual, fun, and even enjoyable.

We created two interactive landing pages: a conversion funnel that ensured conversion from primary knowledge about the disease to a clinic’s appointment.

The entry point was influencers, selected in accordance with the portrait of the target audience, such as, men and women from 25 to 60 years old..

To maximize the results we supported the campaign by PR and paid promo. 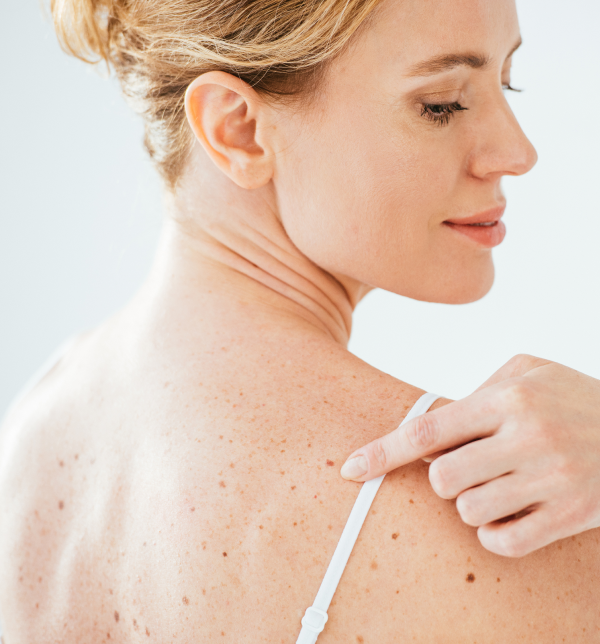 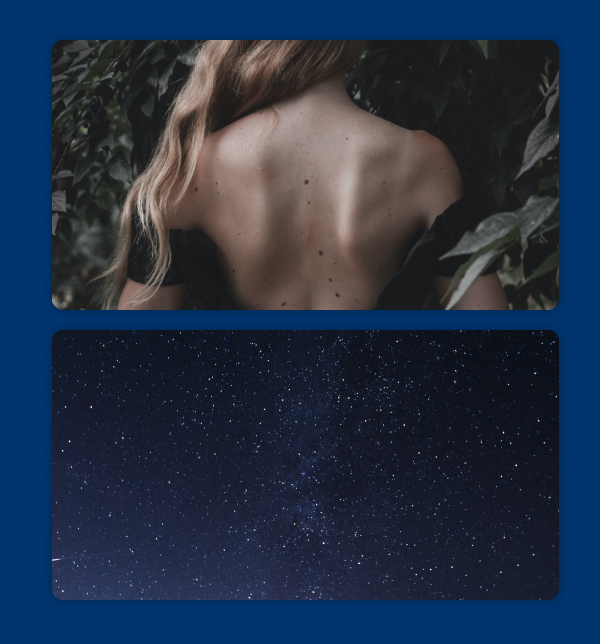 We have developed a two-stage seasonal strategy.

Melanoma is a cancer that most often develops when exposed to sunlight.

The campaign was divided into two stages of activations: May and August. At the beginning of the season in May, we launched an announcement and warnings. At the end of the season in August, we focused on consolidation of the results and self-test.

The big idea was born from a coincidence: 21st of May is both International Space Day and World Melanoma Day.

We decided to compare a self-diagnosis of melanoma, looking at the scattering of moles on the body, with stargazing. Humans are not afraid to explore the starry sky, so there is no need to be afraid to learn new things about ourselves, to study our unique moles-“stars”.

For the first phase on 21st of May, 2020, we chose and launched an interactive mechanic, a game, which connected the dots in the sky and allowed people to guess constellations and learn new facts about stars and moles: https://cosmos.checkyourskin.ru/

After the game users were offered to learn more not only about the stars, but also about themselves by going through the self-diagnosis of melanoma ABCDE test and learning how to determine the condition of their moles. In case of any alerts, they were suggested to make a doctor’s appointment right on the landing page.

The second phase included a spectacular astronomical event: the Perseid meteor shower, which culminated on 12th of August, 2020.

We had a look at the most advanced technology, artificial intelligence. Through a special form on stars.checkyourskin.ru users uploaded photos of their moles’ “constellations”, after which AI found a similar celestial constellation.

The campaign was fully implemented in digital, which allowed us to create an accurate user journey: from influencers to a website with a game, from a website to a page with an ABCDE test, from a test to a doctor’s appointment.

Focusing on the scale of the problem and a wide target audience, we have chosen the most comprehensive communication channels. The entry point to the conversion funnel was Instagram influencers, selected in accordance with the audience’s portrait. Additionally, we involved PR and paid promo.

The campaign showed that the prejudices could be overcome if people see a comfortable and interesting occasion for a serious conversation. 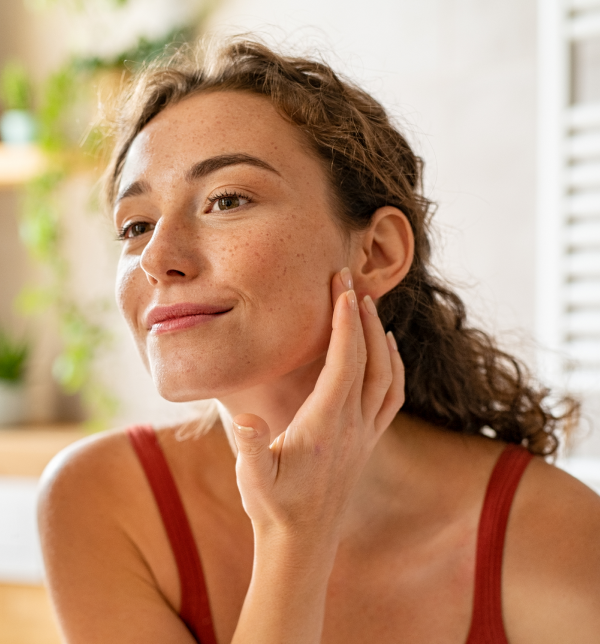