During prelaunch and launch periods PRP team has brightly and unconventionally announced online and offline release of Forza Horizon 5 - the new edition of the legendary computer game. This resulted in more than 18M views of the project's activities from the target audience of gamers.

Forza Horizon is a popular arcade racing video game launched in 2012. In 2021, the fifth edition of the game with an open world and super realistic graphics was released: an incredible mix of speed, Mexican landscapes, music and street culture.

PRP had to figure out how to brightly announce Forza Horizon 5 in Russia in a short time.

We created an omnichannel communication strategy, attracted like-minded partners, influencers and well-known experts. We organized a week of Mexican cuisine at OZON, brought the 5-story mural from the game to reality and made a blind drift in the center of Moscow – all craftly mixed into a 360 campaign with digital backbone. 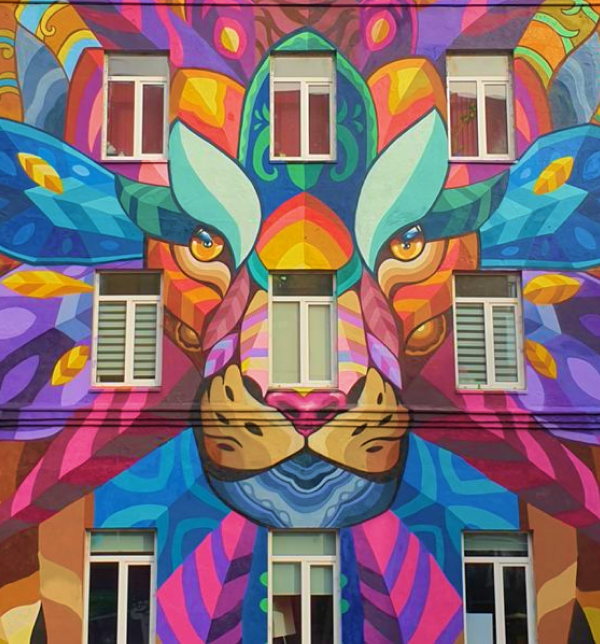 Announce the release of the Forza Horizon 5 game and come up with a concept that would combine racing, Mexico and art, and attract media attention. 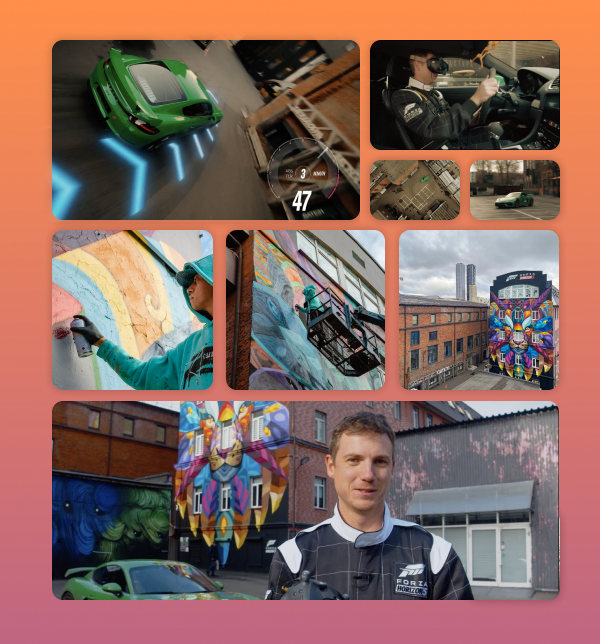 We created a unified communication strategy that was directly related to the main components of the game: speed and crazy drifts, original Mexican culture, street art, and gaming community.

We joined racing, gaming and art communities as we shot a video with the first FPV drift in Russia. Racer Alexander Zarubin saw himself and the race site, the Flakon plant, from a third person perspective while wearing FPV goggles connected to a drone. Zarubin skillfully made the complicated drift, all this against the backdrop of a 5-story graffiti of Farida Ruedo, the Mexican minimalist painter who was invited by our team to re-create his famous in-game art in Moscow.

Having warmed up offline interest, we organized a fiery launch of the game online: created a live stream on OZON. The chef of the Veladora bar, Vadim Sarap, taught viewers and streamer Denis Major how to make traditional Mexican tapas and pinchos from ordinary products on the marketplace to highlight the atmosphere of Mexican culture during the first official stream of Forza Horizon 5 in Russia. 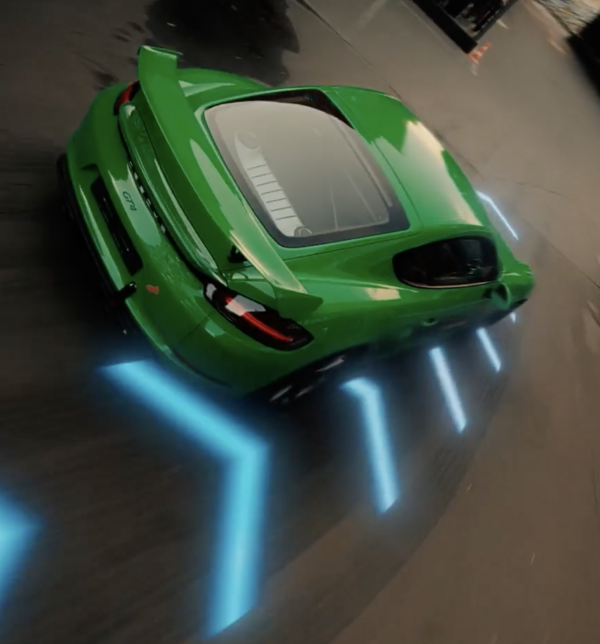